Homes for Sale in Barrie, Ontario

The City of Barrie is a mid-sized city with a reported population of 141,434 on the 2016 census. The city is in the Simcoe County area in central southwestern Ontario. Before the city was established, the area was originally a part of a military supply route in the War of 1812. After the war, the settlement of Barrie was founded. Over the years, the city gained the reputation as a popular vacation spot since it was close to numerous winter resorts, cottages and the waters of Lake Simcoe. Barrie is located north of Toronto along the Kempenfelt Bay on the western side of Lake Simcoe. Barrie is popular as both a destination and a place to live where visitors and residents can both appreciate the natural beauty of the city as well as its convenience. 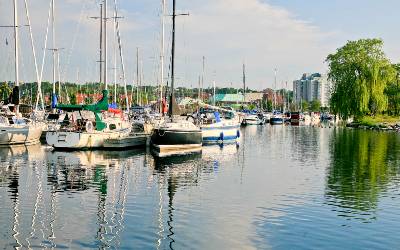 Barrie is a popular, growing city close to the Golden Horseshoe area. Nearby industry, attractions and access to the GO Transit network make Barrie an excellent choice for buying a home. 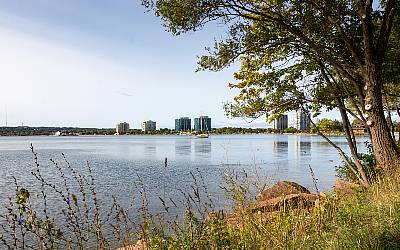 The City of Barrie is known for its central location to some of the best attractions in southwestern Ontario. Barrie is included in the GO Transit network and has a train that connects the city to the Greater Toronto Area. By car, Barrie is about an hour and fifteen minutes from Toronto to the south. Northwest of Barrie is access to the Georgian Bay, Collingwood and the various winter attractions at Blue Mountain. Access to the Muskoka area is also just north of Barrie.

Schools in Barrie are operated by four different school boards. The two largest boards are the Simcoe County District School Board and the Simcoe Muskoka Catholic District School Board. Between those two boards, there are 45 elementary schools and seven high schools. The Conseil scholaire MonAvenir and the Conseil scolaire Viamonde also have francophone school options that service the Barrie area. For post-secondary schools, Georgian College offers career-oriented courses at its Barrie campus.

Barrie is the perfect place for outdoor adventures. Whether residents enjoy cycling, hiking or snowshoeing, the city’s numerous parks and trails support activities across all seasons. With Barrie’s festivals, events and indoor attractions, the city has a way for every resident to feel connected to the growing community and nearby area.

Check out some of our recent blog posts for Barrie, Ontario:

Gearing up to buy or sell a home soon in Barrie? Contact Team GateKey at Contact Us
Team GateKey is here to help you navigate the Barrie real estate market.

This home has it all! Location, price & move in ready. Located in a desirable family area with an extra deep 187ft lot backing onto EP land. Finished top to bottom. This...

Don't Miss The Opportunity To Own A Detached Home In South End Barrie! This 2 Story Detached Home Has Been Almost Completely Updated So Just Move In And Enjoy! This 3 Bed...